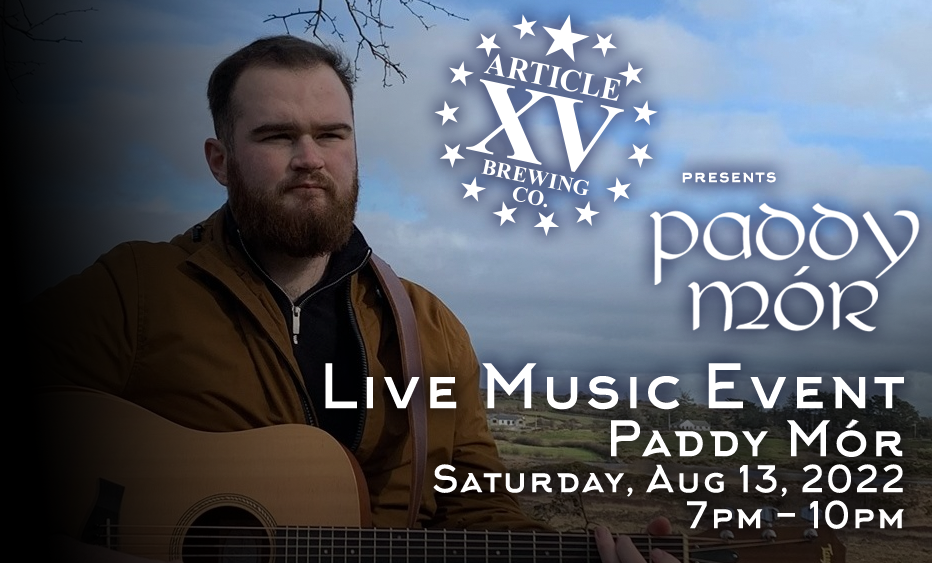 Paddy Mór - LIVE at Article Fifteen Brewing Joining us on stage is Paddy Mór, a Galway native who has performed in both Ireland and the United States alike. He has performed for the former Mayor of Boston and ambassador to the Holy See, Ray Flynn. He has been featured in Boston’s Irish Newspaper - […]